GG time again, hosted by Jo at Serendopitous Stitching where we celebrate stitchy supplies gifted to us or stitching we will gift to others. It's been a pretty rubbish stitching month I must say, I've barely made progress on anything.

First up is Plum Street Samplers 12 Days of Christmas. Day 5 is finished except for the 5 golden rings as I don't want to crush the metallic thread so I'll do that at the end. I've started day 6 too. So I'm using gifted threads from hubby. (And the chart was gifted by the designer) 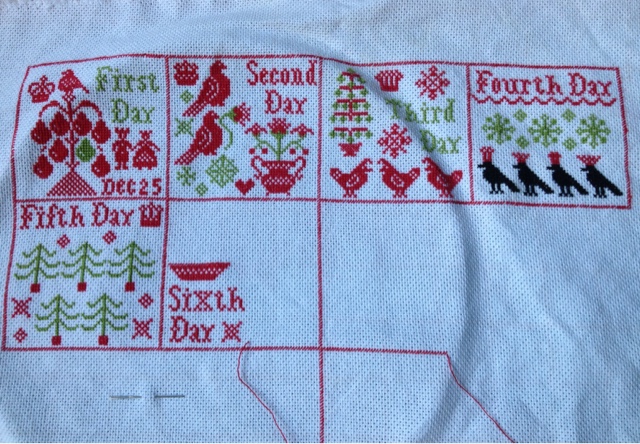 I got out my small floor frame as I was finding my hands were aching holding a hoop. I have a larger floor frame which is great for big frames but not so much for hoops. My little one can hold both but doesn't maintain the position with heavier  work.

I'm going to do this kit that I won in Sarah's giveaway earlier this year for one of the Minister's at church, his wife gave birth last week so it'll be perfect for them. If I can ever sort the threads! 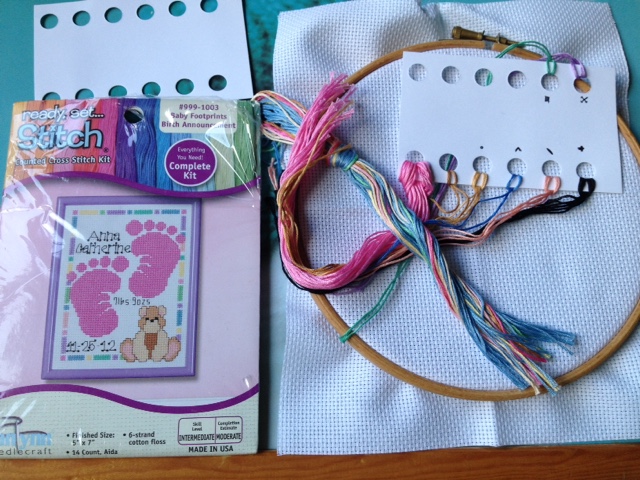 I've been lucky to win two other giveaways recently... Jo was very kind and sent me Elizabeth Shephard as she has finished hers and I won the sweetheart tree chart too in the GG giveaway. Mii hosted her Blogversary giveaway and I won the blackwork kit. Yay go me! 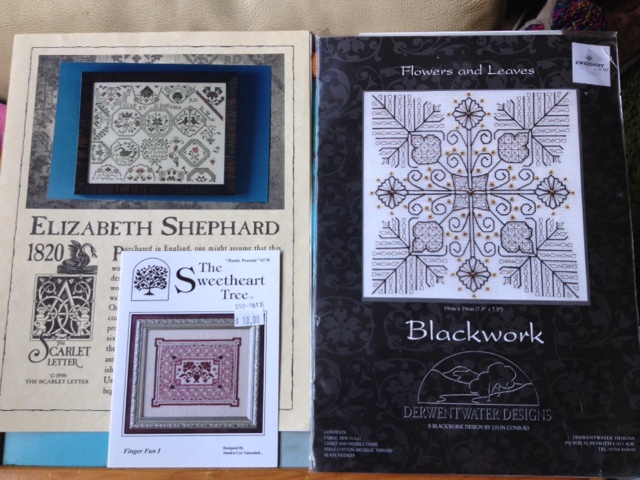 It's my 5th Blogversary today (ignore my side bar - it's wrong!) so I'll be launching a giveaway later with the chance of winning one of 5 prizes!