Happy new year crafters
I intend to make this a very brief round up as I seem to be getting really good at long rambling posts that I start to write and don't actually post.

January
I started work on leaving presents for my friend Caroline who worked for a different company in my office building. 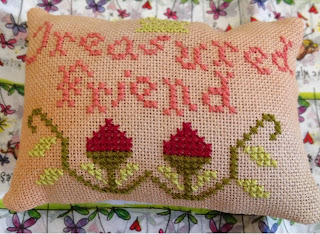 February
Hubs and I visited the Malvern craft show and a stained glass workshop -we also brought several kits that are still not done! 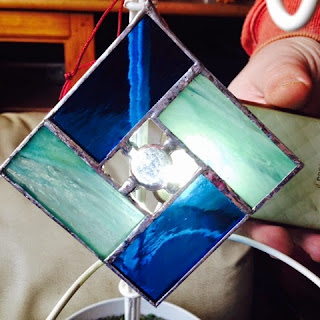 The travelling box also visited and this was my favourite make - a freebie from somewhere. 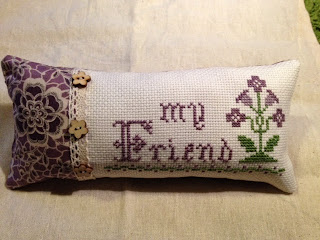 March
The start of the four seasons sampler from Kincavel Krosses. 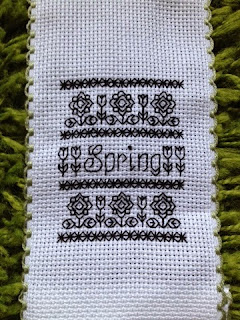 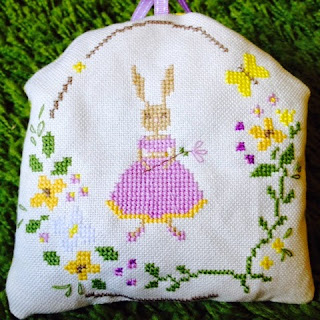 May
Toadstool stitched for Lori's birthday from an old CrossStitcher mag. 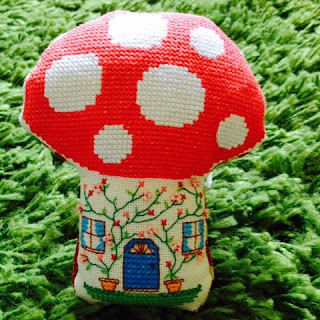 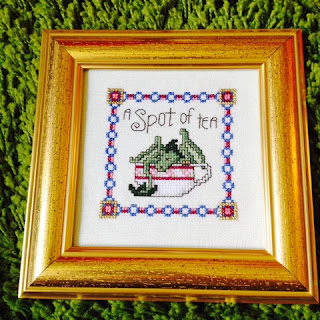 July
Crochet - a blanket for my friends Daughter - finished frantically about 30 mins before we saw them! I'm super proud of this. 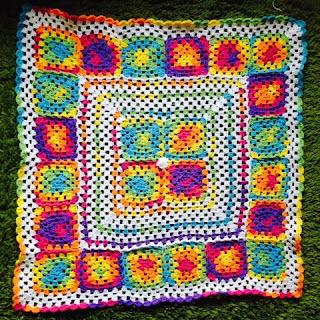 I also stitched a biscornu and enjoyed the tennis at Wimbledon again.

August
I started the Scandi Heart design - it's still not done. This is a fairly recent pic of it 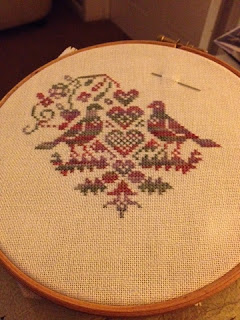 September
I crafted for the Christmas travelling box - my favourite make was the biscobell. 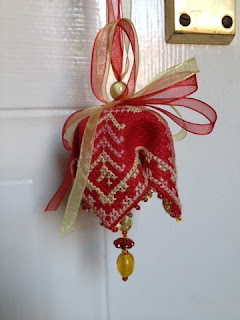 October
Big Bang Theory quote stitched for Steph and a Ruby Wedding Anniversary sampler stitched for my In Laws. 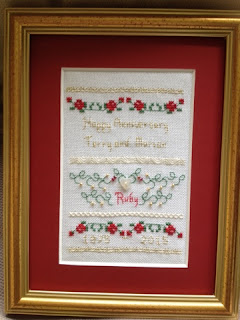 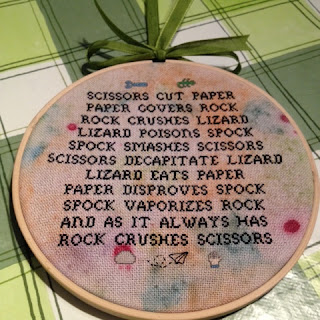 November
I made advent calendars for Laura and Steph. These are some of the makes 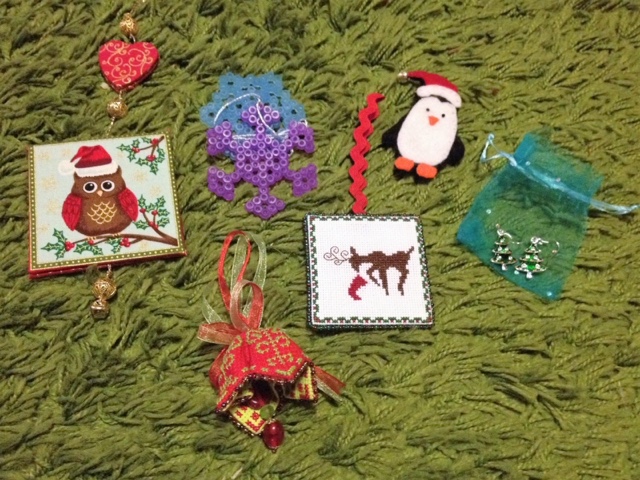 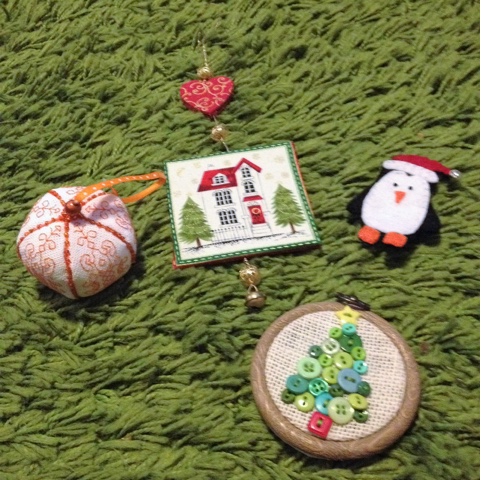 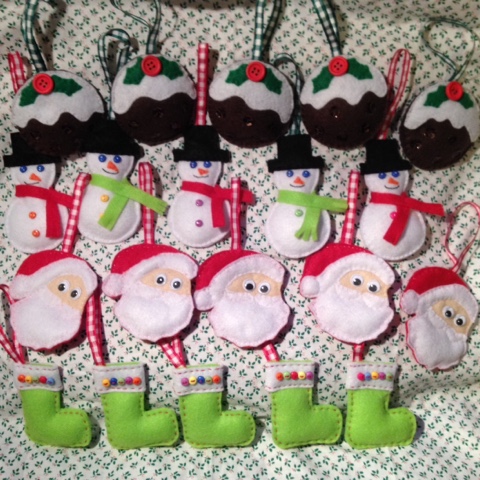 As for totals - I've no idea as I didn't keep track at all. I didn't craft much until I finished the Internship in August - most of my makes were done in the last 4 months of 2015.
I've almost got my goals sorted too so I'll post that later this week.
Posted by Kerryp77 at 19:46

Email ThisBlogThis!Share to TwitterShare to FacebookShare to Pinterest
Labels: 2015 round up