Let's face it my blogging has been hit and miss to say the least so firstly apologies for not having kept up with my blog reading.

I've decided to keep this one short and sweet to get me back in the habit and share some of the things I've been working on over the last few weeks as its time for Gifted Gorgeousness hosted by the marvellous Jo of Serendipitous Stitching.

September saw a new start on the cityscape from WOXS 251 which is on gifted fabric from my children for Mother's Day this year. Not a huge deal of progress as there is a lot more backstitch than you first realise. 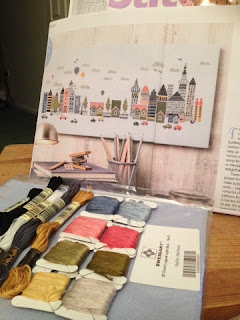 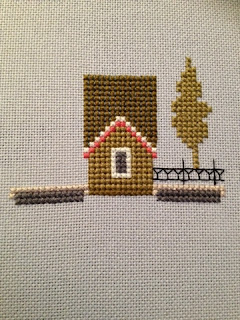 I also made some biscornu and used the teeny tiny ones to make scissor fobs which were gifted to my postcard pal from stitch from stash and to a flosstuber that I've become friends with along with some blackwork charts. They are stitched on gifted fabric too. 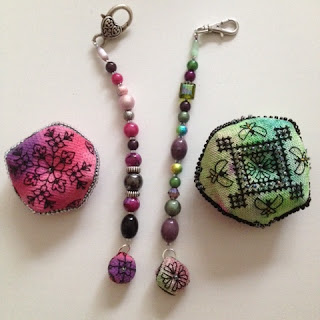 I also had a good few days on my Just Nan humbug - spring frills. It's such a pretty pattern but is far more intensive than you think given its size. It is so pretty though. This was a giveaway win eons ago from Carolyn. 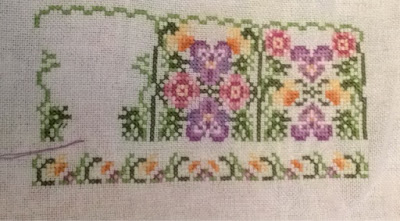 I've been doing this next one as part of #santasundayxs on Instagram. (You can follow me there as kerry_in_stitches) I've really struggled for motivation with this one over the last year or more, so it has been so nice to really fall back in love with it and just spend one day a week working on it. I think I have about 650 stitches left to do so I am aiming for a finish next weekend. It's 12 days of Christmas by Plum Street samplers and was a free design from them in 2015. It also uses some threads left over from a gifted kit. 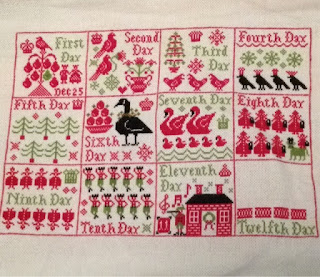 In other news I have been making Flosstube videos and you can find me on YouTube as Kerry in stitches. I'd love if you are a Flosstube watcher to go over and have a little look. I've done three videos now and do them fortnightly. I'd say that's the reason I'm not blogging but to be honest it's more that every spare minute is spent stitching at the moment.

I have been fortunate to have won a couple of giveaways recently. I won two Nora Corbett charts from Tiff and I also won the Friday freebie from Crosstitch crazy which was fabric, a chart and threads. 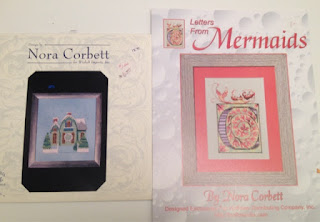 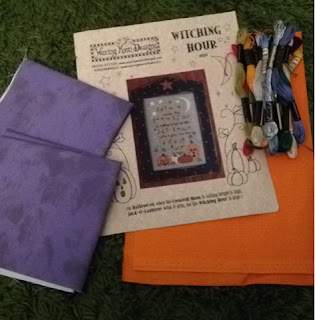 I've given up on trying to keep this short so I'll tell you about my final gift I've had this month and that was from three marvellous friends who took me to the Birmingham Hippodrome to see the musical Hairspray! It's my absolute favourite musical anyway so to see the stage production was just amazing so not a bad early birthday present at all. 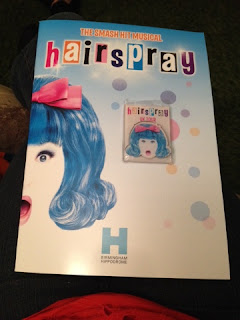 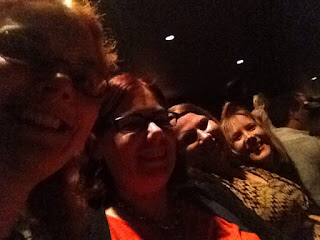 I'll be back at the weekend with the theme to the stitch link up, until then happy stitching.