It's the 21st, so time for Theme-Tas-Stitch 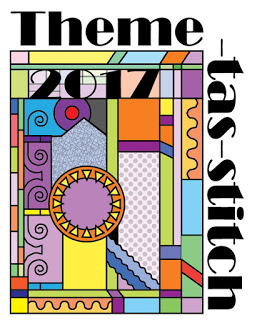 This month's theme was...


Break out the bling - stitch with beads, charms, metallics or on sparkly fabric.

A bit of a challenge for me this one as I have lots of projects that could fall into this but aren't necessarily blinged up yet!

I was reading my post from last month's TTS and realised that I didn't actually show the tree keeper from The Drawn Thread. It was stitched on some random fabric that was actually the piece from the kit up next. It has way more beads than were called for, but hey, it's a Christmas ornament it needs bling! 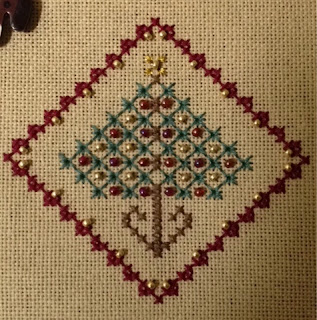 The fabric was from a cover kit from Crosstitcher in 2015 I think. The kit was enough to stitch one of the houses but I liked all three and had some nice natural linen from Sew it all grab bag and the kit floss was actually enough to do all three houses so that's what I did. I substituted the single cross stitches for beads to show snowfall. The little Christmas tree has gold beads and the snowman has petite black beads for coal.

My last bit of bling was on Plum Street Samplers 12 days of Christmas and I finally put in five gold rings. It wasn't as hard to stitch on 25ct with metallics over 1 as I thought it would be. 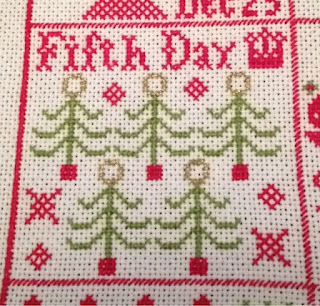 I also made some needleminders from buttons and pendants I've had for a fair while. If that owl isn't opulent then I don't know what is! 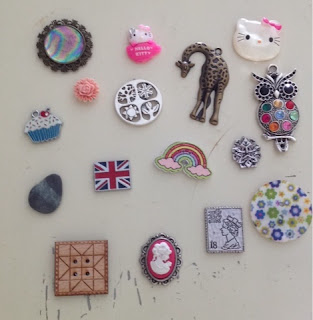 Link up here and show us what you've been up to.

Next month's theme is:


Blackwork, Hardanger, pulled thread or speciality stitches the choice is yours or maybe it's time to tackle the backstitch on some of those almost finished projects.

I have more ideas for this month than stitching hours in the day so we'll just have to see how well I do. I plan to start the black work lady from walks, finish the half stitch on my giraffe silhouette and have a new Christmas start as part of #santasundayxs on Instagram. November is a very busy month for us so no X November could well be no stitching at all Eek. I'm back on the PTA at school so I could end up making felties all of November too...


You can now find me on Instagram as Kerry_in_stitches and I've also ventured into the world of Floss tube. I have 3 videos now - my channel is Kerry in stitches there too! Pop over and say hi!