Don't look back in anger...

So after a rather long blogging hiatus back as we very unexpectedly moved house at the end of October. I now feel I am unpacked, settled and ready to start stitching again. I am looking forward to catching up on all of my favourite blogs, So I'll be round slowly to see what you've all been up to.

At the end of my last post I had been running a giveaway to celebrate my Blogversary. Well I don't believe in promising things that I won't come through with so better late than never and in my next post I'll draw the winners and also for my end of year competition that I sent last January. I also ran a competition to guess biscornu's in my bowl and how many I'd stitch in 2016. I'll announce that too.

I'm not going to have a big looking back on 2016 post as I didn't finish masses so here are a few of the year's highlights. 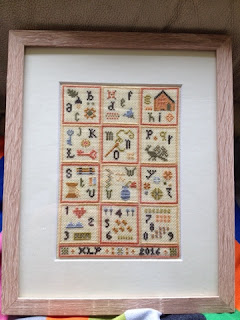 The ABC SAL run by Ele 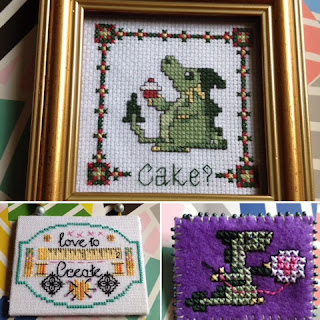 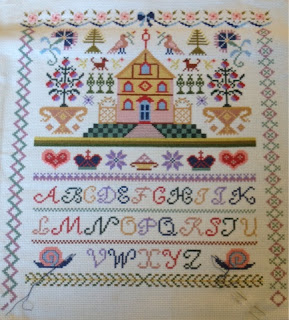 There are a few bits I haven't shared and apologies for it getting a bit Christmassy now. I did the school Christmas fair and made 73 felties, 26 brooches and 18 pairs of earrings in 3 weeks, not bad considering we were still finishing the unpacking too. 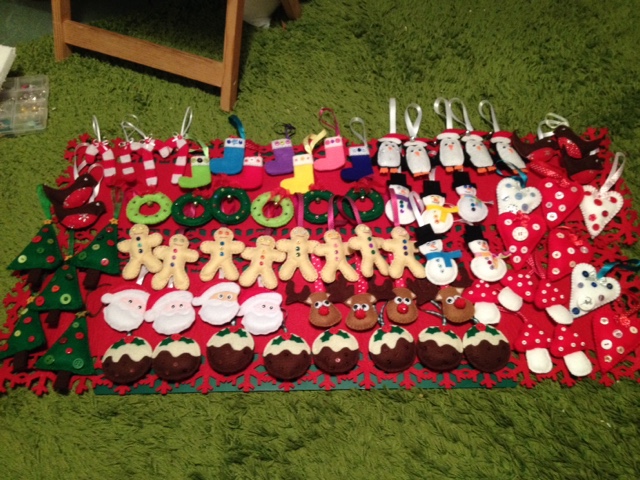 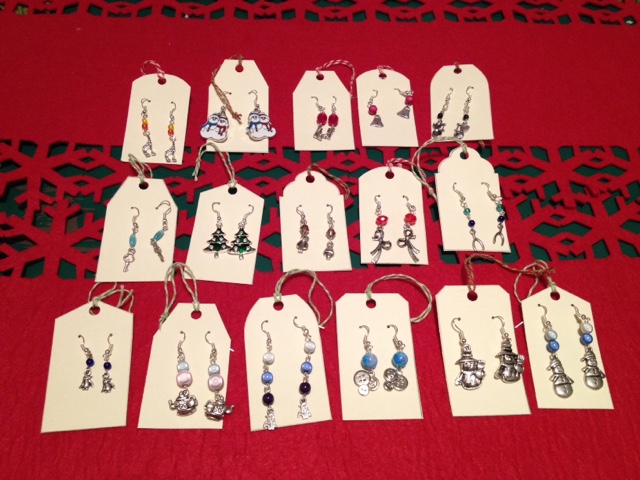 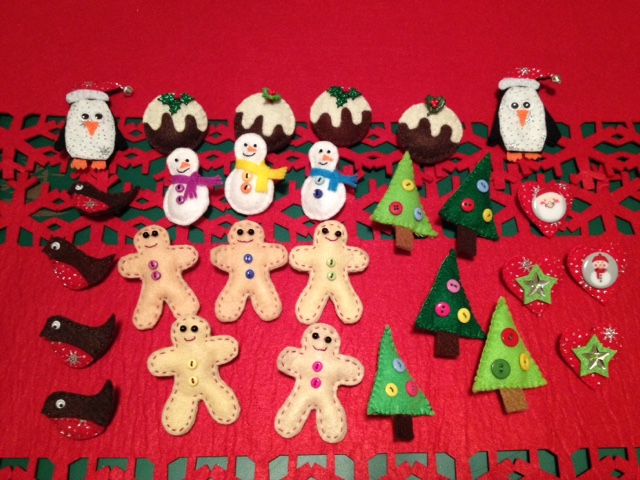 Here is my eldest at my stall. 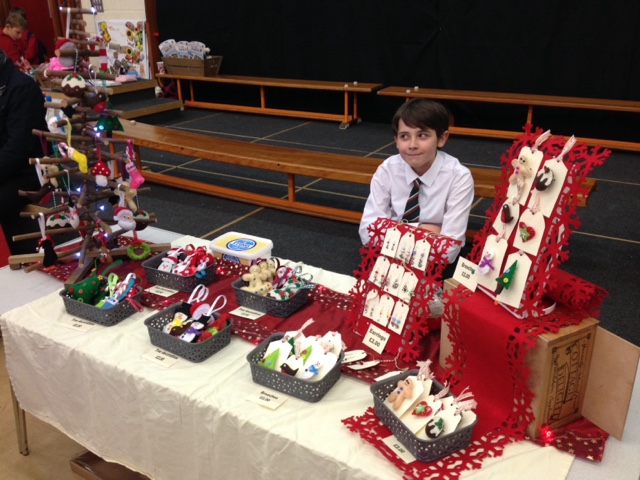 Having a dining room in the new house and the twiggy tree from my display called for a bit of decorating so here are lots of our handmade decs on the tree. Laura kindly made me some extra crocheted sweets to go on and we added a few of my new felties too. 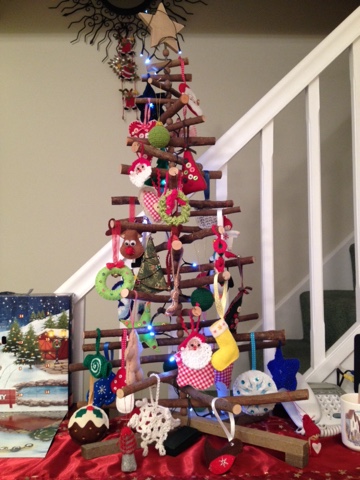 The gingerbread house we all made. 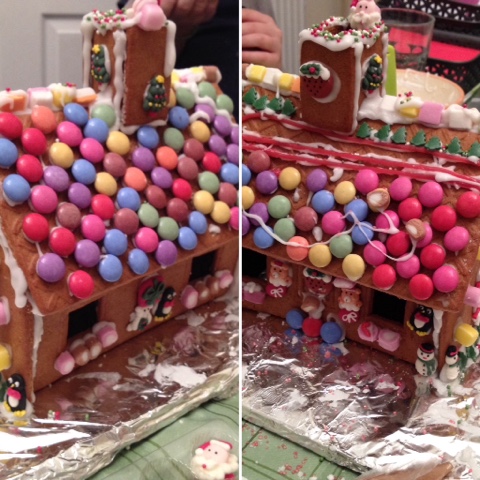 Christmas trees at the Christmas tree festival at the Cathedral - one by Age UK featuring the Innocent hats and a second by the Embroiders Guild who were apparently given a template and told to use red and gold only - it was so creative. 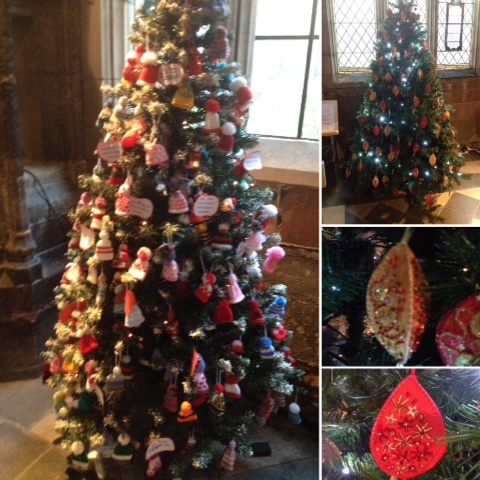 We visited Clearwell Caves in Gloucestershire to see santa and they had a story for the children through the caves which featured some fantastic scenes made of felt and giant felt decorations on Christmas trees. 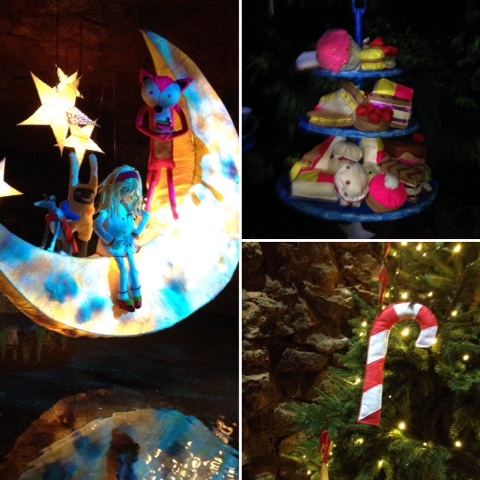 So to you all Happy New Year and blessings for 2017